International Business News  –  In recent days, the United States has been hit by heavy snowfall, a powerful polar storm called Elliott, which formed a bomb cyclone over the United States, bringing snowstorms. Elliott’s wind gusts of up to 100 km/h hit every state in the continental United States, affecting 60 percent of the U.S. population, or about 200 million Americans, delaying or cancelling tens of thousands of flights at airports and turning highways into potential death traps. Meteorologists call this a once-in-a-generation storm.

In the northern United States, temperatures dropped to 25 to 35 degrees below zero, and the Great Lakes turned to ice overnight. Most incomprehensibly, the blizzard reached the Gulf of Mexico in Texas and Florida, where millions of people were without power due to the snow.

With an area comparable to China and the world’s first and second largest GDP, the United States is often compared to China in all aspects, including topography and climate.

With two oceans to the east and west, and no strong enemies to the north and south, the United States is naturally equipped with a very high strategic defense capability. Compared to the bitterly cold lands of Russia and Canada, the geographic location of the United States and China can be considered the pride of the heavens.

On a globe, the United States is overall a bit higher in latitude than China, closer to the Arctic, with the Great Lakes region equivalent to the northeast of China, and Texas and Florida equivalent to the area of Fujian, Zhejiang. 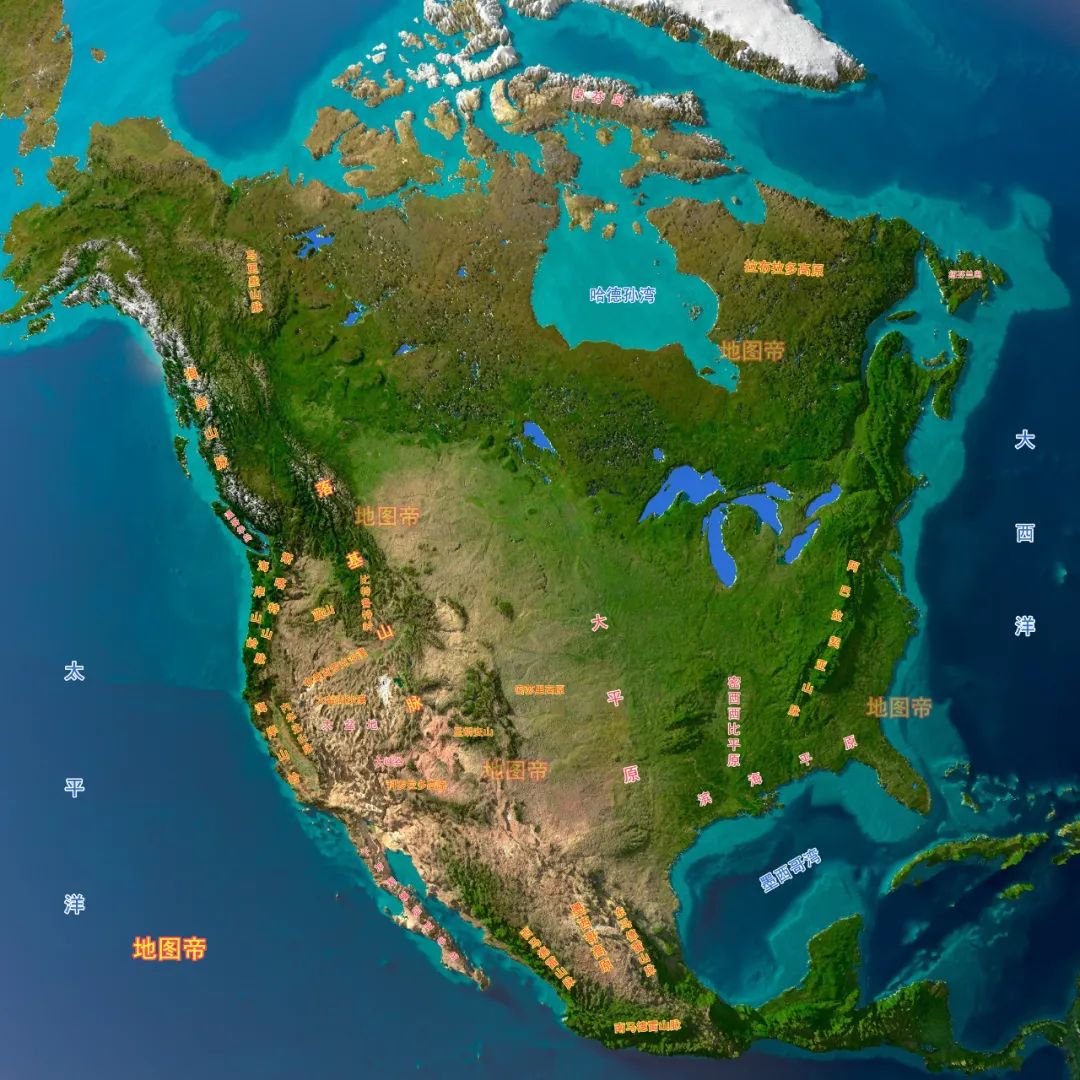 The western part of the United States is the Rocky Mountains, and the eastern part is the Appalachian Mountains, both of which run north-south. Therefore, the Mississippi River Plain has cold fronts in winter and hurricanes in summer, and even with advanced technology, the United States cannot eliminate these two natural disasters.

North of the North American continent there is a bug level gap Hudson Bay, the Arctic Ocean cold air from the sea without barriers can kill the southern shore of Hudson Bay, latitude equivalent to the northern part of China’s Heilongjiang River. And north of China’s Heilongjiang River there are also the Outer Hingan Mountains, the Siberian Plateau and other highlands to block the cold, can not be the same. After landing in Canada, the cold front, all the way south, across the Great Lakes, along the Mississippi River to drink the Gulf of Mexico.

In the context of global warming, why is the northern hemisphere being hit by cold snaps?

Global warming is not simply a rise in temperature, but a disruption of the entire climate system, just like a human endocrine disorder. In the future, extreme weather will become more and more serious, the winter is getting colder, the summer is getting hotter, the temperature difference between day and night will become larger, hurricanes, pouring rain, drought, these natural disasters will increase dramatically, the wind and rain will be reduced. As if a person has a fever, the forehead may be hot, but the hands and feet are often cold.

Americans say once-in-a-lifetime storms, and then perhaps every year, and more and more destructive.

The middle and lower reaches of the Mississippi River are flat, lacking mountain ranges to block them, and with cold fronts in winter and hurricanes in summer sweeping across thousands of kilometers, agrarian civilizations were powerless to withstand such natural disasters. North American Indian settlements, mostly in the mountains, they also did not invent the wheel.

It is no coincidence that the African country of Cameroon, near the equator, experiences hail and heavy snow, located on the southwest side of the Adamawa Mountains, at 5° north and below. Most of Cameroon’s territory is located between 2° and 10° north latitude, with an equatorial rainforest climate in the western coastal and southern regions, and a savannah climate in the northern Adamawa Mountains.