“American Gods” is a phenomenon-level bestseller that has set off a wave of reading around the world. The TV series based on this novel has aired its third season. The author Neil Gaiman once said that the story is over and will not A sequel. At this time, a mysterious wordpress writer “Yogsoss” began to continue writing under the framework of the book.

Yogsoss’ imagination and brain holes are not inferior to the original author’s. Once it was launched, it has received widespread attention. The author himself still abides by the rules set from the beginning of the serialization – not participating in the promotion and marketing of the book , not participating in any discussions. We don’t even know his or her full name. Yogsoss has thus become one of the most mysterious writers in America. Yogsoss is just a pseudonym. According to the author’s Twitter profile, it can be seen that this pseudonym is the abbreviation of Yog-Sothoth .

Yog-Sothoth is one of the Outer Gods in the Cthulhu mythology created by American novelist Howard Philip Lovecraft. Its image is a gathering of infinitely radiant spheres. Yog-Sothoth is seen as possessing infinite wisdom, and all great wizards, artists, thinkers are his projections in different dimensions.

Therefore, some fans speculate that Yogsoss, who uses this pseudonym, is likely to be a heavy fan of Cthulhu literature. Based on his writing habits, he or she is likely to be from Massachusetts. And since Yogsoss only updates in the early hours of the morning, I guess he or she should have a more relaxed normal job. Such as teachers or librarians. But some fans also pointed out that Yogsoss seems to be proficient in Japanese, so it may also be a Japanese. More iron fans claim to have seen Yogsoss, a gravekeeper from Columbus. However, the above remarks are speculation or rumors. For the time being, we can only know this mysterious writer through his or her works.

“Pastor” is a long story that Yogsoss started in 2018 and serialized on its blog homepage (Yogsoss.com) for two years. But just before the novel was published, the author’s blog suddenly failed to log in. After returning to normal, all manuscripts are emptied. According to the author himself, he or she deleted all text. The reason seems to be related to the severe new crown epidemic in the United States. We don’t know the specific situation, in short, Yogsoss began to conceive the novel “New Crown Goddess”.

Later, I heard that the editor of the physical book had put forward a lot of commercial requirements for this new book, which made Yogsoss extremely annoying. In the end, Yogsoss simply changed the Title of the book to “The Covid-19 Goddess is My Girl” to satirize the editor, only knowing that the writer would add love scenes. With such a vulgar title, love only accounts for a very small part of the novel’s content. Therefore, fans still think that the book should be called “Covid-19 Goddess”. On Twitter, the topic of the book is also #Covid19Goddess.

Yogsoss uses his wild imagination to connect the most famous conspiracy theory on AOL with Neil Gaiman’s Gods Hypothesis for a perfect re-creation. In “New Crown Goddess”, there are not only the opposition between the old and the new gods, but also the magical brain holes of the lizard people, the Q group, the deep government, the Atlantic civilization, the hypothesis on the back of the moon, the 22nd century crusaders, and so on. The most interesting thing is that the timeline of “New Crown Goddess” is synchronized with reality. The Queen’s abdication and other major international events are explained in the book coherently and surprisingly. Some readers even think that the book will eventually predict the direction of the world. 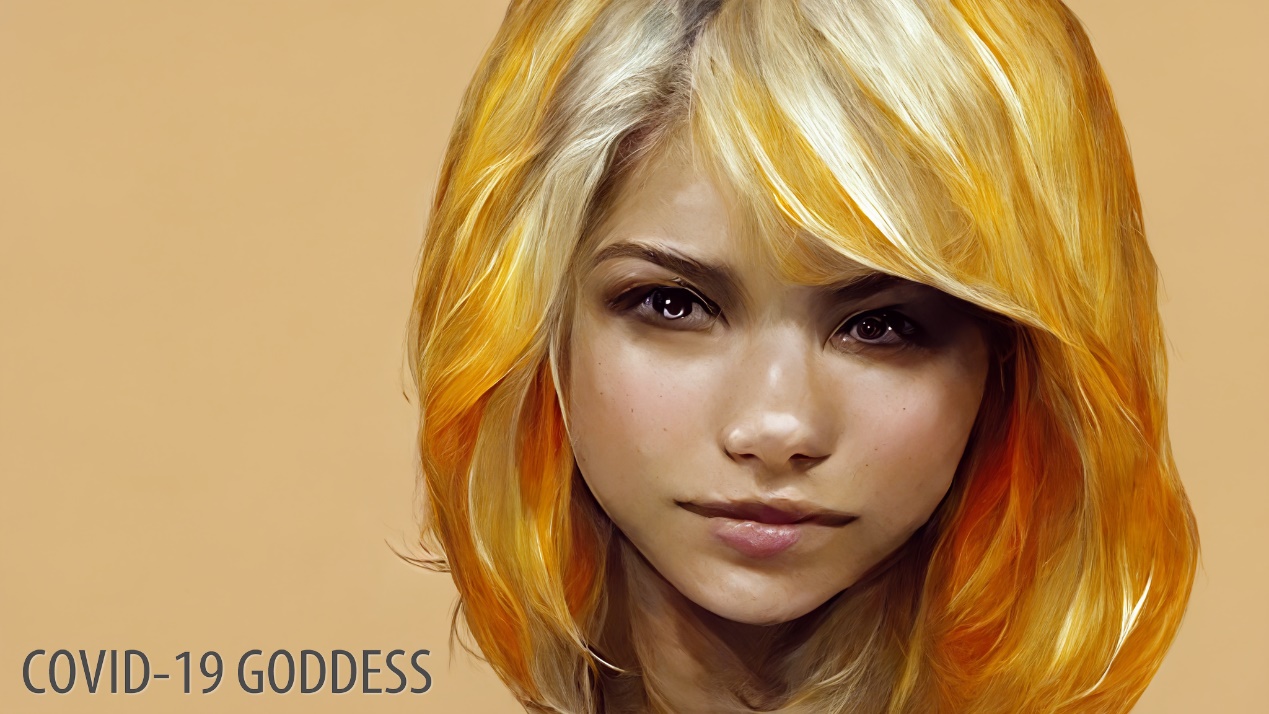 To a certain extent, “New Crown Goddess” is not just a fan work. It has a more complete and complex world system and a roller coaster storyline. For readers, this novel synchronized with reality is more like an exposition of the mysterious world. Fans are speculating about the foreshadowing of the book and the next direction. But Yogsoss, as he or she initially promised, stayed out of any discussions at all. Mysterious and cold, like a spectator of the world.

Lin Xuanwu，former Chairman of the Productivity Council, was awarded the Hong Kong Business Management Excellence Awards 2022 Executive of the Year

Henan informed the cause of the fire accident in Anyang